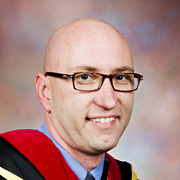 Pastor Jay joined us at JPC, February 2013. Since that time we have been trying new things, finding new ways to serve the Lord and growing.

Pastor Jay grew up in Pittsburgh, Pennsylvania, and attended Pittsburgh Theological Seminary for both his M. DIV. and his D. MIN. Pastor Jay’s D. MIN. is entitled “Fight or Flight: Dealing with Difficult Churches.” He is overjoyed that JPC is NOT one of those churches! He has served churches in Indiana, Pennsylvania, and North Carolina. Most recently he served Poplar Tent Presbyterian Church in Concord, North Carolina.

Pastor Jay and his wife Erin have three children, Joshua 17, Jordan 14, and Julia 11. Pastor Jay loves to ride motorcycles and bicycles.  He also loves to tinker and is always working on a project. Erin loves cats and dogs and one day hopes to open her own pet-sitting business. 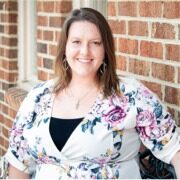 I am a 25-year-old Pittsburgh Theological Seminary graduate! I received my bachelor’s degree from Waynesburg University, where I studied psychology. I am so excited that God is calling me to JPC!

I have lived in Pittsburgh, PA all my life and I am a huge Black and Gold fan. I am trying my hardest to acquire a green thumb to become a plant mom. I am also a huge animal lover and would love to adopt a puppy as soon as I get settled!

When I am not working, I love to run and stay active. I was president of the seminary’s SRC (Student Recreational Club). This was perfect for me because I love to find new and fun ways to stay active. I am currently training for the Princess Half Marathon at Disney World. I enjoy watching movies and have quite the DVD collection. I love to travel and am always planning a trip.

This passion for travel translates well in ministry because I love mission trips. I was the recipient of the Valentour Scholarship in seminary and had the opportunity to travel to Thailand, Greece and Hungary to study the church’s response to the refugee crisis. There is something special about traveling outside of your comfort zone and encountering God and God’s people in a new context.  I look forward to meeting you and serving God together! 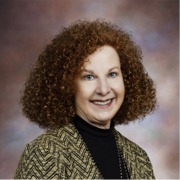 Sammie Braxton is a long-time church educator, having served at Oak Ridge Presbyterian for the past 10 years and at First Presbyterian in High Point for 16 years before that. Sammie and her husband, Steve, came to High Point in 1972 when Sammie became the Director of the Child Development Center at First Baptist Church in High Point. Sammie and Steve have four grown children and three grandsons who are age five and under. Steve is mostly retired but still serves Trinity Presbyterian Church in Elon on Sundays and Wednesday evenings. Sammie and Steve love to travel and continue to participate in mission trips, especially in South Africa.  Sammie loves yoga, walking three miles every day, playing with her grandchildren, reading, and cooking family recipes. 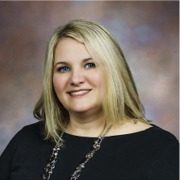 Jen was born and raised in New York and moved to North Carolina in 2000 with her husband. Even though she is a northerner, NC is truly home.  Jen graduated from St. John’s University with a degree in Criminal Justice, and she worked as a paralegal in both NY and NC prior to becoming a stay at home mom when her first child was born.  She joined the wonderful staff here at Jamestown Presbyterian Church 12 years later. Her son attended the preschool here for three years, and she is just thrilled to be back at JPC!

Jen loves all things Disney, enjoys traveling and spending time with her family, watching her daughter dance and play softball, watching her son play soccer and she also enjoys reading. 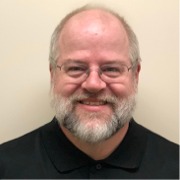 Jon was born in and grew up in Alaska. He received the B.A. degree in vocal performance from George Fox College in Newberg, Oregon and the M.M. and D.M.A. degrees in choral music from the University of Cincinnati College-Conservatory of Music. While working on the M.M. degree he met his future wife, Donna (guess where) in choir class. The Brotherton family came to Greensboro in 1998 and began music ministry at JPC in the fall of 2000.

The Brothertons have four children; Kayla, Matthew, Michael and Nicholas. 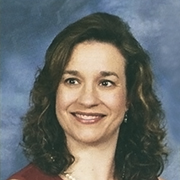 Donna grew up in Fairfax, Virginia. She began singing and playing for her church at an early age and attended the Peabody Conservatory in Baltimore and the University of Cincinnati College-Conservatory of Music where she received her B.M. in Vocal Performance (and incidentally, where she met her future husband, Jon).

For several years Donna taught private voice and piano lessons and Kindermusik classes for various organizations including the preschool at JPC. In 2005 she began teaching choral music at Weaver Academy in Greensboro and recently earned her Master of Music Education degree from Shenandoah University Conservatory of Music. Donna and Jon began music ministry at JPC in the fall of 2000. 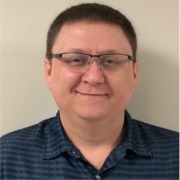 Chris grew up on Virginia’s Eastern Shore. He was always active in church and in the band at school as well as other community events. Chris is currently in his 11th year teaching band at Northeast Guilford Middle School. He has played professionally with local groups such as West End Mambo and the Greensboro Big Band, and he plays weekly at Jamestown Presbyterian Church for their contemporary praise and worship service. On top of being a part of the worship team and assistant chancel choir director, Chris composes many of the songs for Decided “the JPC Praise Band” and arranges the horn parts for other songs that Decided plays. Chris has been with Decided since its inception in July 2000. 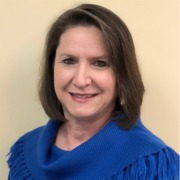 A native of North Carolina, Tara holds a computer science degree from Appalachian State University.  Tara and her husband, Mike, joined JPC in 1996.  They have two children, Andrew and Jessica.  Outside of her financial office duties, you might find Tara on the tennis courts. 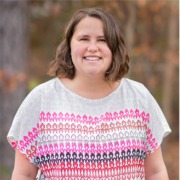 April taught for more than 17 years, both in preschool and elementary school. She has a BA degree in Elementary Education and has completed multiple continuing education programs including Handwriting Without Tears, Sensory Processing and The Preschool Classroom. April began teaching at JPP in 2009. She has been the lead teacher in the two-year-old and three-year-old classrooms and in the PreK Program. April was born in Mooresville, NC and raised in Mt. Airy, NC and graduated from Elon University. April and her husband, David, will celebrate their 20th wedding anniversary this year. She taught for 7 years before becoming a stay-at-home mom to daughters Olivia (15) and Maggie (10). During her time at home, April lead a local Mother’s of Preschoolers (MOPS) chapter, served as President of Alpha Delta Kappa educational sorority of High Point and participated in area bible studies. In addition to teaching and being a part of the team at JPP, she enjoys working out, reading and family time. 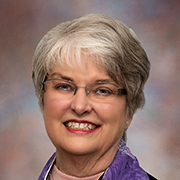 Judy attended UNC and graduated with a BS degree in Pharmacy. While at UNC, she met her husband Art and they married in 1971. They have 3 sons and 3 grandchildren. Judy worked as a pharmacist for 35 years in NC, DE, CA and IL. During her pharmacy career in CA, Judy served as Pharmacist liaison for Hospice, Extended Care Facilities and Residential Care Facilities as well as retail and closed door pharmacy.  She also earned a credential in Geriatric Pharmacy.  Judy entered the University of Dubuque Theology Seminary in 2009. She was ordained in the Presbytery of Chicago and received a call to serve as Pastor at First Presbyterian Church in Connersville, IN. After serving for 4 years, Judy and Art returned to NC to be closer to Judy’s parents.

“I am looking forward to how God will use this call to serve with Pastor Jay and Jamestown Presbyterian Church as Parish Associate and pray God continues transforming not only my life but also our lives together.”